Across town in the Beaverdale area of Des Moines, the Southern spot cooking up all the classics, from ribs and red beans and rice to catfish cakes and collards. And in Atlantic City, the husband-wife duo dishing out soul food standouts like turkey chops and pig feet. Season 22 - May 29, This trip, Guy Fieri's headed west for barbecue and beyond.

In Los Angeles, the food court gem grilling up homemade chorizo and a Yucatan turkey special. Then, in Las Vegas, two funky joints firing up the grill and slinging dishes that'll have you licking your chops Season 22 - May 22, This trip, Guy Fieri's indulging himself in righteous, rich recipes.

Across town, the mother-daughter team serving up savory lamb ragout and a decadent ice cream sandwich. And in Los Angeles, the Korean-German combo firing up drunken chicken and a killer burger. Season 22 - May 1, This trip, Guy Fieri's checkin' out high octane joints in Charlotte, N. First, the relocated Triple-D alum dishing out dynamite burgers and a unique spin on shrimp. Then, the go-kart track serving revved-up sandwiches like steak with fig preserves and smoking hot chicken. And parked at the Charlotte Speedway, the funky food truck firing up tasty flavors like chana masala tacos and buffalo cauliflower sliders.

Season 22 - April 24, This trip, Guy's giving some love to a little town with a lot of flavor. Across town, the Greek place cooking up authentic specialties like cabbage dolmades and braised beef over pasta. And west of town in Taft, Calif. Season 22 - April 17, This trip, Guy's taste buds are in for a culinary adventure. Across town, the hidden gem piling up a peanut butter burger alongside all kinds of delicious desserts, like homemade "Bacon Love" ice cream.

And in Phoenix, the gourmet taco spot mixing up a mean mole. Season 21 - April 24, This trip, Guy's hitting up some legit local landmarks. In Des Moines, the historic drive-in famous for their nearly century-old chili recipe. In Leeds Point, N. And in Brigantine, N.

Season 21 - April 23, This trip, Guy's hittin' the road for some outrageous seafood and tasty bird.

In Des Moines, Iowa, the trophy-winning barbecue joint smokin' up all kinds of unique wings and dishin' out an out-of-bounds apple dumpling dessert. Across town in West Des Moines, a real deal Equadorian spot cookin' up authentic specialties like chicken with rice and pork with hominy. And in Eugene, Oregon, the seafood market servin' up totally fresh caught Dungeness crab and a legit cajun crawfish pie.

This trip, Guy's filling up on winner winner chicken dinners. In Baltimore, the local landmark dishing out wicked wings alongside a killer steak wrap. In Eugene, Ore. And in Des Moines, the Southern spot serving up legit fried chicken and decadent red velvet waffles. Season 21 - April 22, This trip, Guy's hitting the pavement for a tasty tour of Baltimore.

First, just off Dundalk Ave, the local legend cranking out all kinds of crab plates.

Then in the Hamilton neighborhood, the farm-to-table spot cooking up bacon-wrapped meatloaf and Asian braised pork. And in the Upper Fells Point neighborhood, the funky pizza joint firing up some outta bounds pies and savory risotto balls. This trip, Guy's filling up on some serious soup. In Baltimore, the authentic Irish pub serving up seafood gumbo and a twist on traditional corned beef and cabbage. And in Cincinnati, the Vietnamese spot cranking out phenomenal pho and a bahn mi sandwich turned on its head. Season 21 - April 21, This trip, Guy's grabbing dishes stacked and stuffed with off-the-hook goodness.

In Baltimore, the cozy pasta bar rolling out righteous ravioli and topping things off with killer clams. And in Cable, Wis. This trip, Guy's getting a taste of yesteryear. And in Delta, Wis.


Season 21 - April 20, This trip, Guy's headed to Cincinnati to three righteous restaurants all sitting pretty on one street. Then, a real deal Belgian spot cooking up legit waffles and beer cheese pretzels.

And, the Southwestern spot servin' up short rib tacos and a killer chicken torta. Season 21 - April 19, This trip, Guy's getting a taste of global flavor. In Cincinnati, the Jamaican joint firing up their trademark jerk chicken and spicy snapper. In Boston, the lunch-only spot serving a full plate of authentic Italian, like porcini cascioni and rosettes. And in Duluth, the flavorful border dweller dishin' out a taste of Thailand with dishes like the Bangkok burrito and a killer lamb curry.

This trip, Guy's roadtrippin' all over the country for some home-style cooking. In Boston, the funky neighborhood joint cranking out Southern staples, like chicken and waffles and off-the-hook tots. In Carmel, Calif. And in Superior, Wis. This trip, Guy's toppin' off some righteous dishes with all kinds of sauce. In Cincinnati, the funky cafe putting their creative spin on barbecue chicken and vegan chili.

In Boston, the neighborhood spot spicing up everything from lemongrass chicken to sloppy Joe's with some killer specialty sauces. And in Jackson, Wyo. This trip, Guy's parking the Camaro in Beantown for an all-Boston smorgasbord. Just outside the city in Allston, two restaurants sharing one kitchen cooking up totally different menus; Mexican street food on one side and gastropub standouts, like killer gravlax and dynamite chicken sausage, on the other. Then in South Boston, the authentic Polish restaurant dishing out righteous pierogi and an old-country fried pork favorite.

In Boston, the funky little sandwich shop pressing panini that satisfy both meat and veggie lovers. This trip, Guy's cruisin' the west coast for a taste of California. In Culver City, Gene Simmons from Kiss makes a surprise visit to the neighborhood hangout dishing out real deal Hawaiian. Nearby in Garden Grove, the family-run Mexican joint serving up standout tamales and traditional beef chamorro. And up the coast in Monterey, the funky fish house grillin' up fresh-caught oysters and a full-flavored pasta-seafood medley.

Season 19 - April 17, This trip, Guy's diggin' into some diverse dishes on both sides of the Pacific. In Los Angeles, the East Coast buddies piling on a plateful of guilty pleasures like the Fat Jerry sammie, a smorgasbord of fried favorites from chicken fingers to mozzarella sticks to steak. This trip, Guy's steppin' up to unique grills on the mainland and beyond.

In Miami, Fla. And on Oahu, Hawaii, Guy's favorite rotisserie chicken joint cranking out the island's signature huli huli chicken. This trip, Guy's cruisin' through Hawaii for an authentic taste of Oahu. In Waipahu, the family-run Filipino joint serving up scratch-made favorites straight outta mama's cookbook like the lechon special and pork adobo fried rice. And on the windward side of the island, in Kaneohe, the tiny authentic Hawaiian drive-in where a world-class chef is crankin' out crazy fresh fish like pan-fried ono and signature ahi cakes.

Season 19 - April 16, This trip, Guy's taking his place at the family table. In Holladay, Utah, the sibling-run Vietnamese joint serving up mom's legendary recipes for authentic dishes like pho and bahn mi, plus the wildly flavorful honey glazed pork vermicelli noodle buns. In Kailua, Hawaii, the brothers dedicating their lives to fulfilling dad's lifelong dream of having his own restaurant, and crankin' out island favorites like Hawaiian-style kalbi ribs and mochiko chicken. And in Salt Lake City, the Greek joint drawing inspiration from the family playbook and sourcing fresh ingredients straight from Greece for dishes like grilled octopus and righteous lamb tacos.

This trip, Guy's got the goods on stick-to-your-ribs knockouts from the ski slopes to the sea. 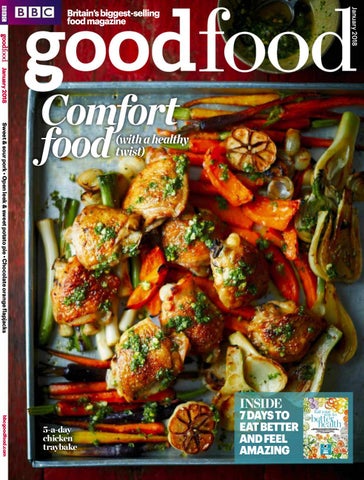 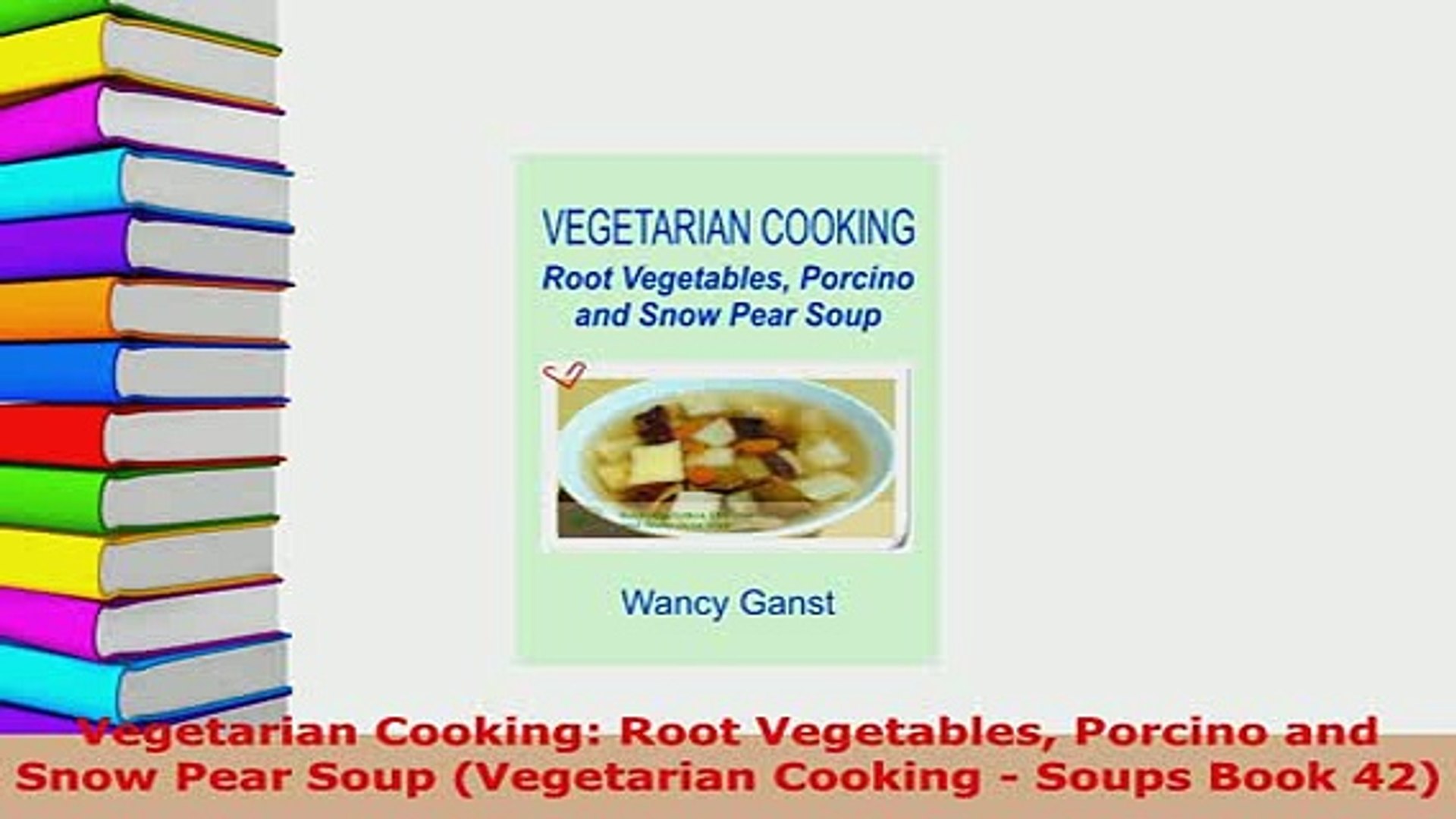 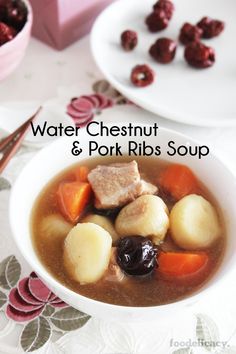